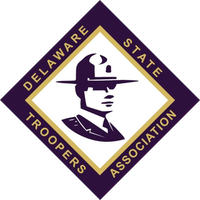 HISTORY OF THE DSTA

In the fall of 1969, thirteen Delaware State Troopers met with the National President of the Fraternal Order of Police and a Philadelphia police officer to obtain information and direction on establishing a Troopers Lodge. Due to low wages, long hours, no overtime compensation and no employment rights, these troopers were seeking to form an organized labor union.

On December 11, 1969, a Charter declaring a lodge was granted to the Delaware Troopers Fraternal Order of Police, Lodge #6. At that time, Lodge #6 was the sixth organized lodge to form representing various law enforcement groups in Delaware.

Meetings were held at the United Telephone Workers Union Hall on Churchman’s Road in New Castle. Initially, there was little attendance at the meetings, as Troopers feared retaliation from their participation.

In 1972, after three years of attempting to negotiate with the State Police Administration, the Delaware Troopers Fraternal Order of Police, Lodge #6 petitioned the State Labor and Industrial Relations Department for exclusive bargaining rights. The Delaware State Police did not fall under the title of classified services and was not protected by the State of Delaware Merit System. Therefore, any salary advancement required legislative action. The right to negotiate was won many months later.

As time progressed, Lodge #6 began holding their meetings at various fire halls throughout the state. The association grew in time; however, it took many years to get all of the troopers to join Lodge #6. Benefits and rights increased after many years of hard work and dedication by the various Boards of Directors. In the late 1980s, the Policemen’s Bill of Rights was passed.

In 1989, a majority of the membership voted to leave the State Lodge F.O.P. to become a separate entity. The Delaware Troopers Lodge then became the Delaware State Troopers Association, Inc.

Office space was leased at 43 The Green, in Dover, until our new building was completed. In 1993 the association purchased eighteen acres of land between Messina Hill Road and U.S. Route 13 south of Garrison’s Lake in Kent County. In 1994, the association broke ground and construction proceeded. The building was dedicated in August 1995.

Over the years, the Board of Directors has worked diligently to protect the rights of its membership and negotiate the best possible working conditions, benefits, and general welfare to all members. Charitable support to numerous organizations has increased throughout the years and the association continues to grant annual scholarships to the children of members since 1983.
2022 © Delaware State Troopers Association
Website built and maintained by NEP Services
‍
‍NEP IS A UNION WORKPLACE!
PROUD MEMBER OF CWA L-900

Our MissionHistory of the DTSAExecutive BoardPresident's Message
DSTA Benevolent FundDSTA PresidentsBanquet Hall RentalsPhotos
NewsLoginRegister
TERMS OF SERVICEPRIVACY POLICYCONTACT US